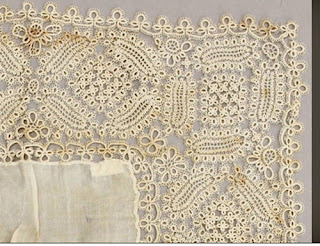 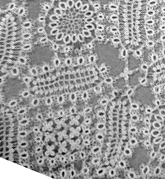 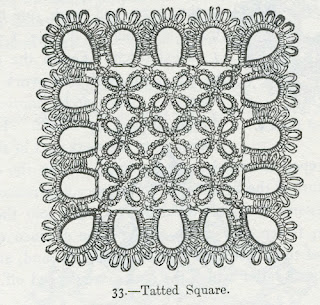 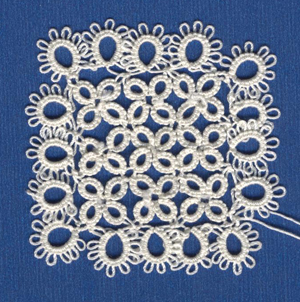 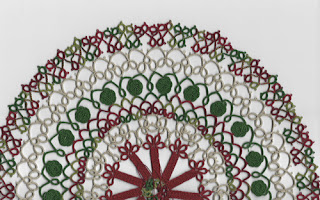 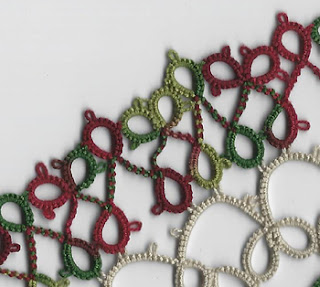 Happy Tatting Day, and a Sampler

Happy International Tatting Day 2020!  I hope you are all staying home (unless an essential worker like me) and staying safe.

Oddly enough, I don't have a tatting project on at the moment, so I will share a treasure from ebay.  Most of us have seen pictures of needlework sampler books, some very large and elaborate, and some very humble like this one I am now fortunate to own. 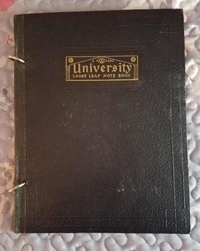 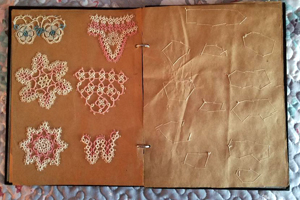 The pages are hand cut heavy brown wrapping paper, and the tatting samples are basted in with sewing thread. 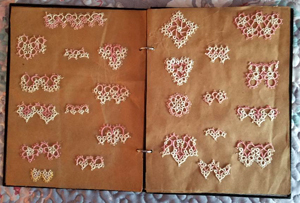 There is the occasional finer thread or different color, but most seem to have been made with the same white and pink threads, probably size 30 at a guess. 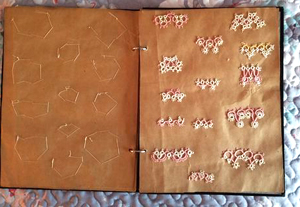 Someone at Palmetto last year had a nicer sampler book, but also in some sort of dime store notebook from about the same period.  While the idea of sampler books goes way, way back, I wonder if there was some common inspiration behind them both. 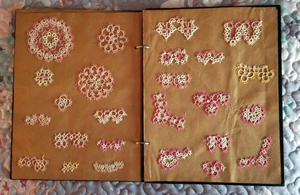 Unfortunately, this year's conference has been cancelled due to the Covid-19 virus.  Right now, the plan is to meet next year, with the same theme and same classes.

The Finger Lakes Tatting Conference will be April 17 - 19 this year, and registration is open now.  You can see more information on their website HERE.  The theme is "A Space Adventure" and it is sure to be a lot of fun.

I'm teaching a class to make that little alien shown up above.  It's made with techniques easier to do than to talk about, since they've got so many names.  For that sturdy chain, I don't remember what Rhoda Auld called it, if anything, but some people call it the Double Double Stitch and others say Balanced Double Stitch. But I'm doing the version where you just double half of the stitch, making it the Half Balanced....Balanced Double Half.....whatever.  And then I use that technique called Set Stitch, Victorian Sets, Lattice Stitch, RicRac Stitch, well a whole lot of half stitches.

Thank you to everyone who contributed to the Antique Pattern Library fundraiser.  Back in November, they thought they might not make it, but now they have made their goal!
Posted by Martha at 1:08 AM 2 comments:

So, how many of you have been yearning to make the Denmark Antimacassar from Riego's "The Royal Tatting Book" but were held back by the lack of an illustration?

It turns out that the 1867 edition of the book, which is the one currently available online, replaced the illustration with an advertisement. But the original 1864 version has the picture, and I have acquired a copy!  The design is rather pretty, isn't it? 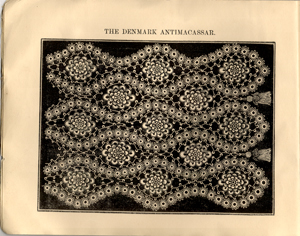 When time permits, I will be scanning it to donate a copy to the Antique Pattern Library.  The APL is a true treasure trove of patterns, for tatting, for crochet, for embroidery, and many other crafts. At present, they are about $1400 short of their fund raising goal for this year.  That's not a whole lot if a lot of people chip in a little bit.  If you go to their homepage HERE, there is a Paypal donation button on the upper right corner of the page. Please consider helping, thanks.
Posted by Martha at 3:22 AM 6 comments:

I've been dabbling (read: wasting lots of time on the internet) in the history of coronation cord, rick rack, and turtle braid. 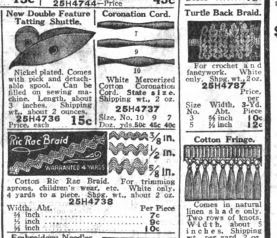 You have no  idea how much joy this screen shot from the Sears & Roebuck Spring 1922 catalog brings me.