What I've Been Up To

Someone asked me lately what I've been tatting lately.  Well, not too much to show.  I made a piece for the State Fair and forgot to take a picture of it.  Then there was some design work, not ready for public consumption.  Mostly the type where I tat the same thing over and over again, with the successive versions getting worse instead of better.

But then I remembered I hadn't shown any Palmetto tatting yet. 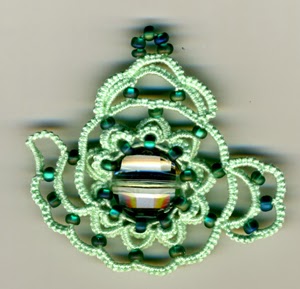 This is Vicki Clark's Teapot Suncatcher.  It was one of the class projects I admired the most. I couldn't take the class, but I got one of the kits and made it as soon as I got home.  The scanner didn't do justice to the big crystal bead in the center. 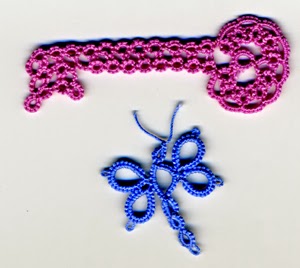 These are the projects from the open classes at night.  You can see Jane's Key to Success, and Sharren's Ringo the Dragonfly.  That one used lots of different techniques.  You can see one of my rings got a little wonky.

The one class I did get to take was Erin's Single Shuttle Beady Braid.  The pattern was unbelievably easy for such a flashy bit of tatting.  I made a bracelet I was very proud of.  I took it to work to show off, and then brought it home and put it in a very safe place, and oh dear...
Posted by Martha at 10:09 PM 3 comments: Links to this post 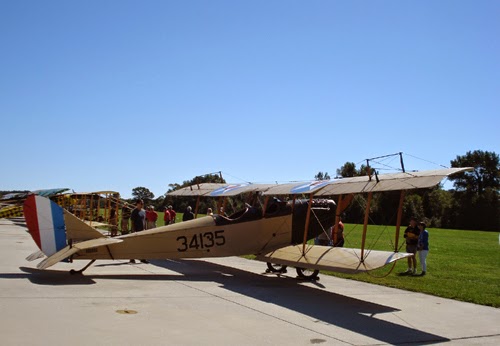 DH is an aficionado of such things, but my knowledge of World War I aircraft is pretty much limited to the names Sopwith Camel and Fokker Triplane from the Snoopy and the Red Baron comics. 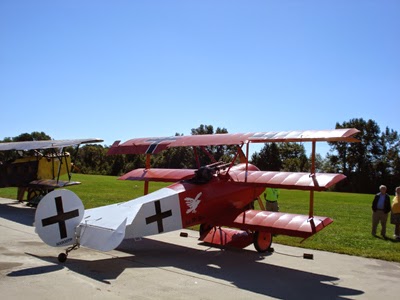 That didn't stop me from having a fine time at the recent "Biplanes and Triplanes WWI Airshow" at the Military Aviation Museum in Virginia Beach.  The museum hosts a large WWII airshow every May, and has a WWI show every two years. 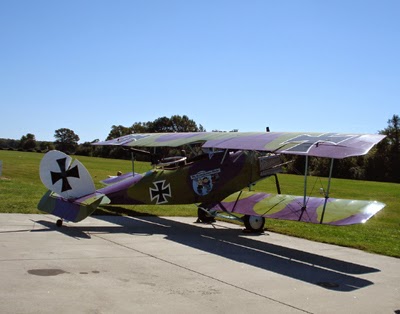 The planes are interesting to see up close... 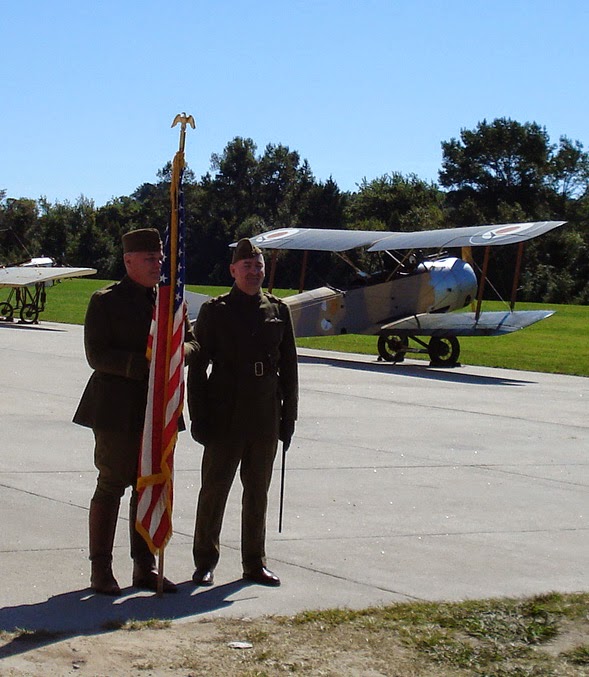 ...and there are always some people in period dress. 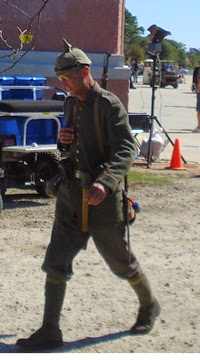 The announcers always keep up an informative and entertaining commentary while the planes fly. 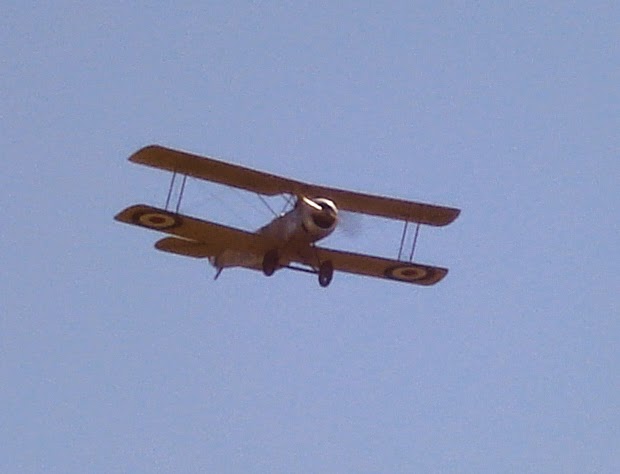 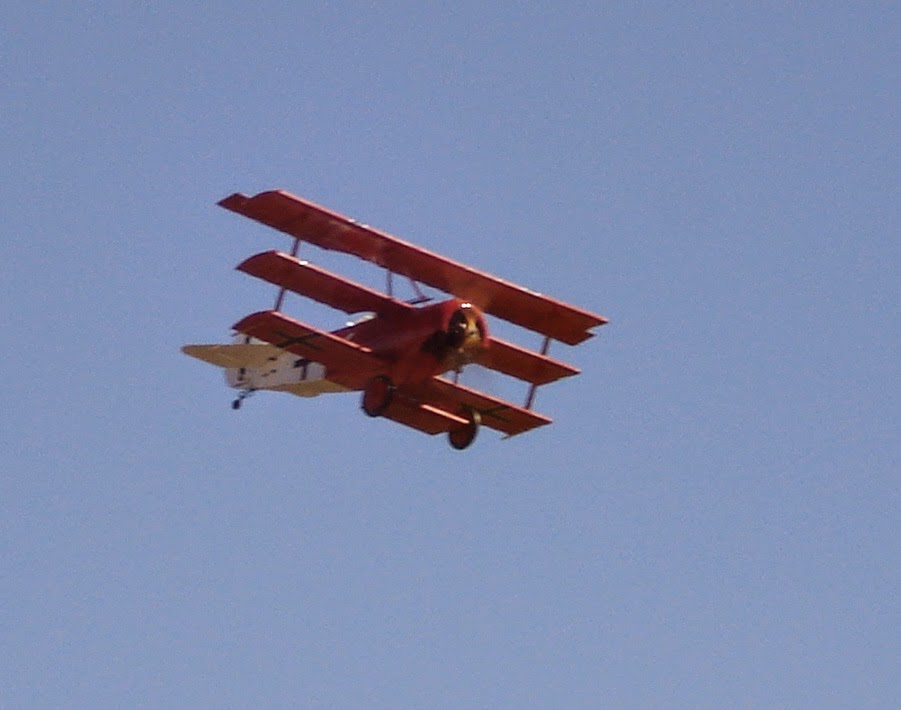 There were often 3 or 4 planes flying together for a great visual show. 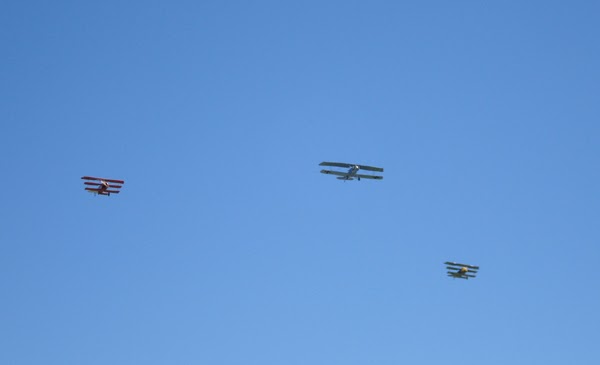 As the planes landed, you could see that many of the pilots sported flowing silk scarves, just like this one: 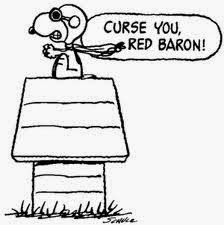 The planes were all replicas, except for an actual Curtis Jenny built in 1918 and restored to flying condition.  This was one of the most famous planes built by the Glenn Curtis company.  That was one more name I recognized, because the Glenn Curtis Musem is located in Hammondsport, NY, and  DH went to visit the museum one year while I was at the Fingerlakes Tatting Convention.  Look what I did there, sneaking in tatting content :)
Posted by Martha at 2:00 AM 3 comments: Links to this post

Oops, I forgot to post more Palmetto picture earlier. Here are a few more.  I was going to show some of the projects I made, but I still haven't gotten them scanned.  Better some pictures now than waiting for whenever that gets done. 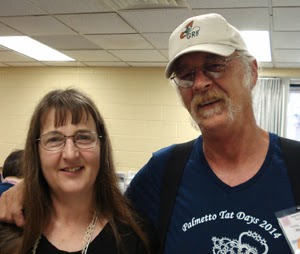 Here are Randy and Karen. 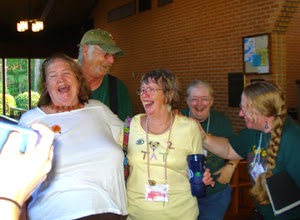 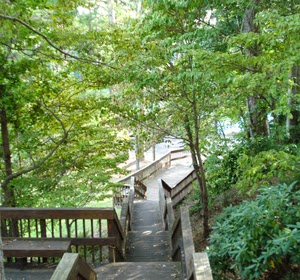 A walk down to the lake for a little peaceful reflective time. 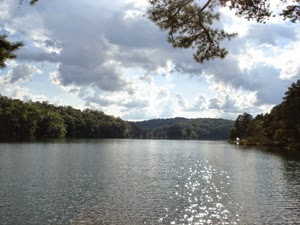