Not Much To See Here

A few fill-in motifs on the front (?back) part.  Now just the outer edge to go. 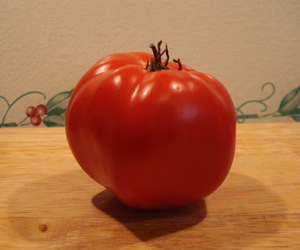 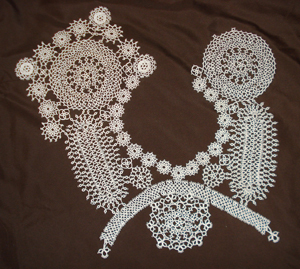 After fixing the offending motif I showed last time, I have now completed the inner neck edge.  These motifs were all "Yoke Circle 1" and I am now done with that particular pattern.  Only 41 motifs to go :/
Posted by Martha at 3:00 AM 6 comments:

Remember, I told you with Sparks yoke, you have to look at the pictures to see where to make the joins?  The problem is, some of the pictures aren't very good.  If the picture isn't clear,  look around, and you may find a better picture on another page.  Anyway, I didn't do that one time and realized later I had a motif joined in the wrong place.

We've all had mistakes and had to cut away.  It's a little more complicated when the cut away part includes a picot that was joined to by some later tatting that you don't want to cut out.

Here is how I handle that situation.

Disclaimer:  some of the scans were made from the front side to show tatting you would be working from the backside.  Instead of making more scans, I flipped the pictures around, so don't pay too much attention to whether the stitches in the pictures look like front or back.

Fixing mistakes in tatting that was joined to later: 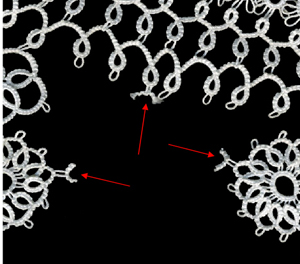 Carefully clip away the offending piece, leaving bits attached.  If you are certain which bits formed joins instead of picots, go ahead and pull only those off.  If in doubt, pull out just the core thread of all the bits. 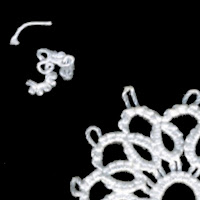 If the bit was forming a join, then both threads will come away from the picot it was joined to. 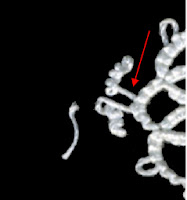 When the bit was forming the picot, it will remain attached to the remaining tatting when the core thread is pulled out.  Don't pull out the picot thread just yet. 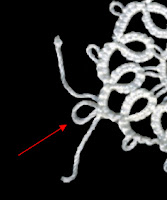 Look carefully at the two thread ends sticking out one side of the tatting and find where the connecting thread lies on the other side.  Use a needle to pull it up partway.

Now that you know where to re-create the joined picot, put this part away and make the new replacement tatting until you get to this point.  Unwind the ball thread shuttle or cut off a long length of the ball thread and put it in your smallest sewing needle.  Put on your best pair of reading glasses. 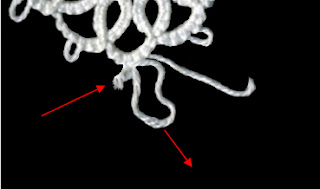 Arrange the old tatting in your hand in position to join to it.  Pull on the loop so that just the one thread end nearest you  is pulled out.  Immediately... 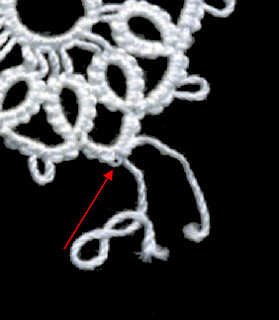 ... put the ball thread needle through the tiny hole while you can still see it.  Try to put it through in the same direction that the thread end just came out. 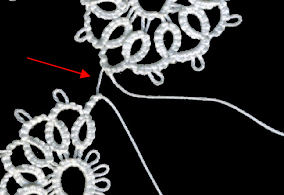 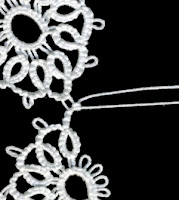 Once your are sure everything is right, adjust the ball thread to the length of a picot and resume tatting. 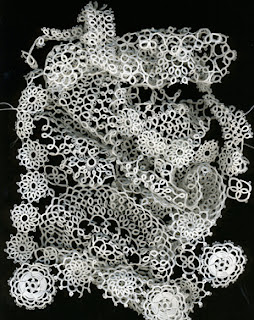 While making all those close ups on the scanner, the background was nice too.
Posted by Martha at 3:00 AM 10 comments:

Going to the Fringe! 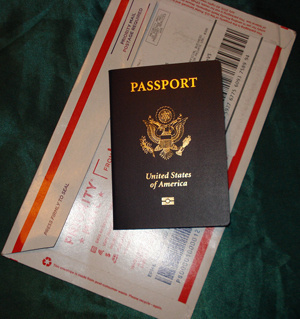 Look what I've got!  Some dear friends graciously offered to let me ride with them to the Fringe Element Tat Days in Canada.  I am so looking forward to it.

Which reminds me, I had better start finding transportation to the Palmetto Tat Days.
Posted by Martha at 3:00 AM 7 comments: 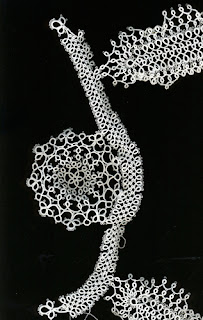 Next up is "Yoke Section 9," the really long strip across the front (or back, I hope).  This is a milestone in my progress, as it is the last of the large pieces, and all the secions are now joined together.  And also too big to fit on the scanner. 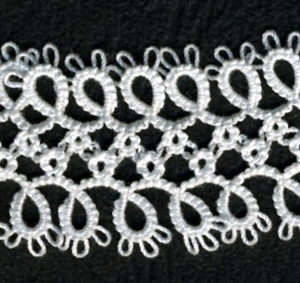 It's very pretty and dainty.  It would make a good edging or insertion. 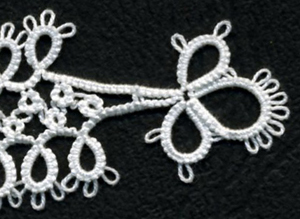 The diagram shows only the ends, and I take exception to the way the diagram parts are displayed on the page.  If you ever make this, remember, next to the end trefoils, the longer chains need to be on the outer side of the curve on both ends.

Meanwhile, in the garden, there have been good times and bad times.  Here's a picture from a week or so ago. 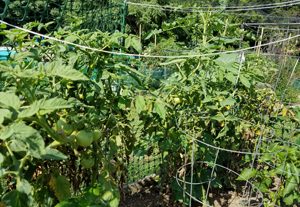 A deer got through the fence and ate a bunch of tomatoes, both fruit and vines.  The squash plants didn't bear much and died an early death.  On the up side, the deer didn't get all the tomatoes, and the vines are starting to put out new branches and blooms.  I'm trying to grow some more squash from seed, and the young plants are looking good so far.  I'm getting more cucumbers than ever before and I already made a batch of bread-and-butter pickles. (No idea why they are named that.) The peppers are starting to bear as well. 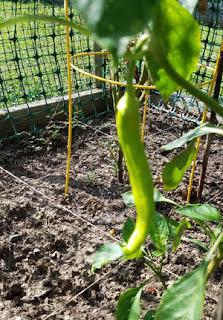 One plant that was supposed to be a jalapeno turned out to be this instead.  I picked one when it was 6 inches long.  I'll have to figure out what I can make with these.

Moving to the Front? Back? 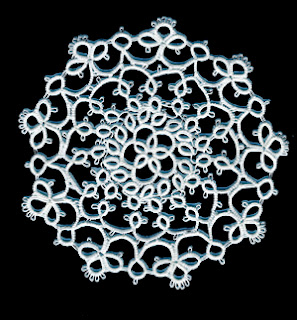 When I first saw the picture of the yoke by Phyllis Sparks, I expected the wide portion to be the back.  However, in the book, she says that is the front.  I hope it can be worn either way.  I'll just have to see how it drapes when it is done.

Above is "Yoke Circle 8," the center of the wide section.  At this point, I had taken off several weeks to work on the Rose Mignonette doily.  By the time I got back to the yoke, I must have forgotten everything I knew about the short bare thread spaces.  I worked this motif at least 3 times.  I can't remember if the picture above is the final or next to last effort.  The center is a little crowded, but it is in Mrs. Sparks' photo as well.  I made the picots in the outer round a little longer to prevent cupping. 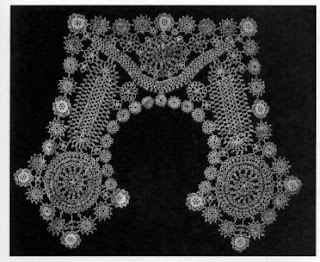 Here is the picture of the whole yoke from the book again to help you keep your bearings.

At about this point working on the yoke, I took a break to investigate the rose mignonette doily from Needlecraft Magazine that Georgia was looking for.  I happened to have the issue with the pattern, but I starting thinking how I had not added to my collection for a while, and I had a little money in my Paypal account.... 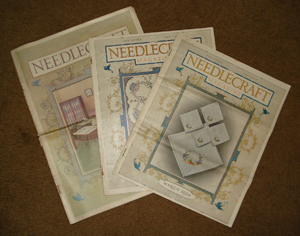 So off to Ebay, and I lucked into a few, and a few more, and you get the picture.  Judging from the numbering of the issues, the magazine would have begun in September 1909.  I've never seen one from 1909 or 1910, but I've got a few from 1911 now.  They frequently have some tatting patterns, and always some crochet, plus the ads and letters are amusing too.  When I started sorting and cataloging my issues, I was dismayed to discover many of them were missing pages.  I'll be trying to replace those with better copies eventually. 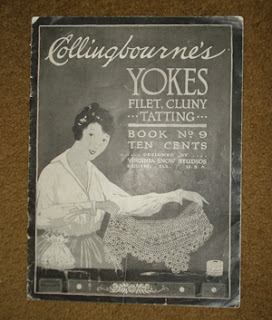 And then  I found this.  It's really prettier than this - the flash washed out the image a bit.  I was so looking forward to that deep yoke on the cover, but alas, there is no such pattern inside.  I could design a yoke from the picture, but nah, I've got to much else to do right now.  One day, maybe? 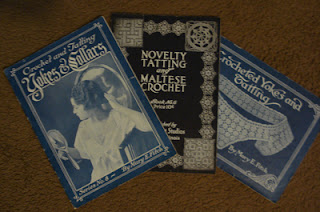 Curse you, Ebay, for suggesting more items I might be interested in.  Now my Paypal is all spent, so I need you all to buy more of my books, so I can go hunting again :)
Posted by Martha at 3:00 AM 3 comments: 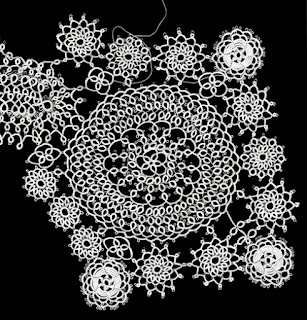 Still working on the Phyllis Sparks yoke, I wanted to do the small motifs around the end to make sure they would fit. And they did! You can see here motifs number 1, 2, 3, 4, 14, 15, 16, and 17.  It is exciting for it to start looking like the final product.

Incidentally, I think motifs 15 and 16 are misnumbered on the diagram.  If you work this, when it comes time for the small 4 ring motifs, count the number of joins and picots you need and then pick the pattern.
Posted by Martha at 10:07 PM 9 comments: