Wiosna Round 4 and a Revelation 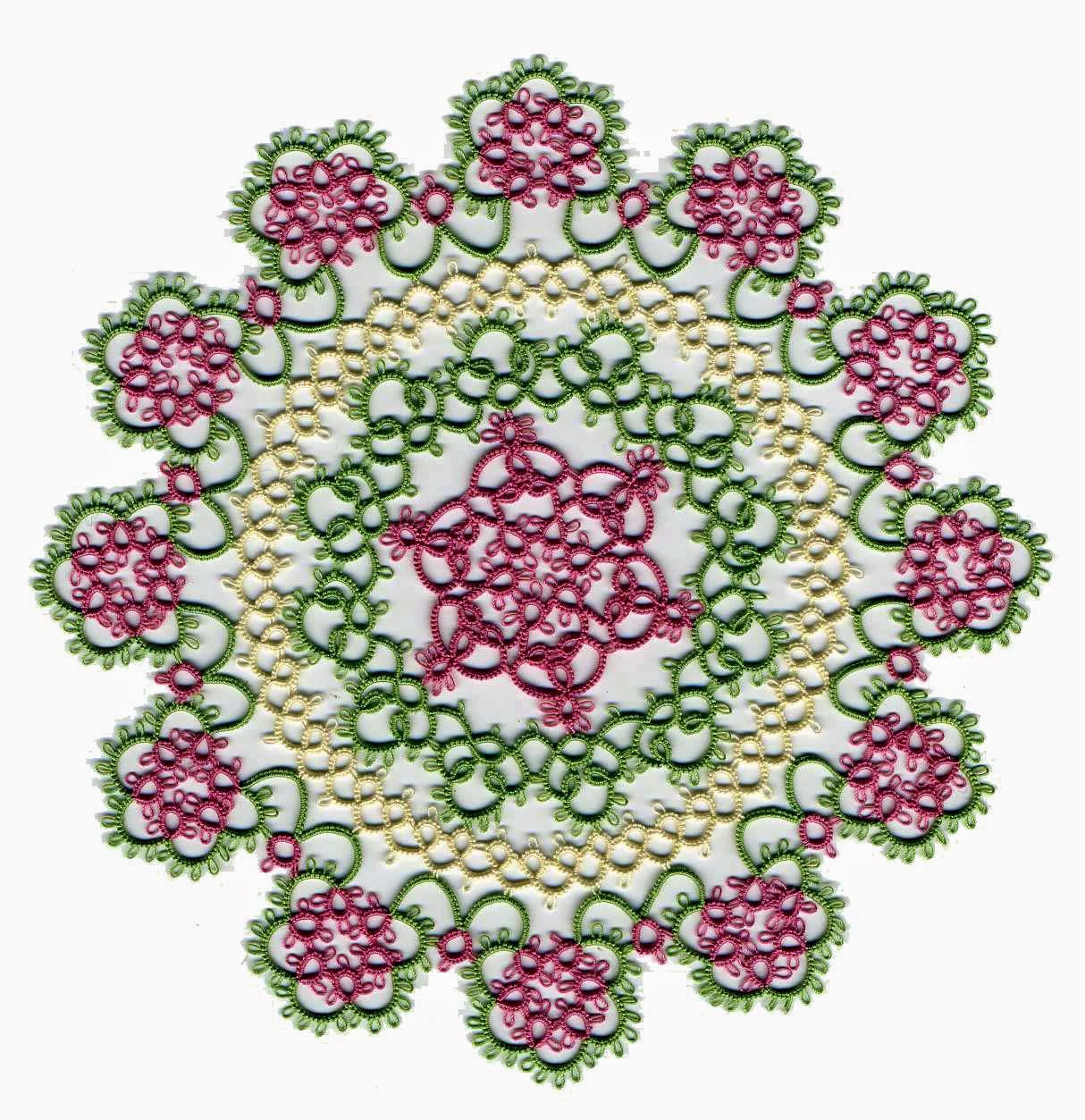 Here is Round 4 on Renulek's current doily.  I elected to SLT before and after each rosette, so that I could work with one shuttle and a ball.  In size 80, it is now approximately 5 1/2 inches across.

Yes, I know everyone else is already on Round 5.  I'll catch up eventually.  Maybe.  One could stop at this point and have a nice little doily, but I have lots of thread left, so I'm going on.

At one point, I discovered a Dreadful Mistake, where I had left out the single ring between rosettes.  The mistake was 7 rings back when I noticed, and that was too many rings to open and pick out.  I was pondering where to make the cut for the best place for working in 4 loose ends, when I realized that wasn't necessary.  I carefully snipped near the base of the rings, and teased out the core thread of the chains, and I was able to leave the green thread intact and wind it back on the ball.  Just 2 thread ends were much easier to hide without a lump.
Posted by Martha at 11:49 PM